Ark vs Atlas: How do the games compare?

Atlas is a pirate MMO with the ability to host up to 40,000 players at any given time. Considering it’s enormous capabilities, how does it fair against Studio Wildcard’s release of Ark.

Due to the popularity of Ark, Atlas’ announcement drove fans of the game wild. Using the skills that the studio possess to create a pirate MMO blew people’s minds, including my own.

Atlas allows players to build, customise, sail and fight (amongst many other things). The map itself is made up of 700 land masses, all possessing uniqueness. 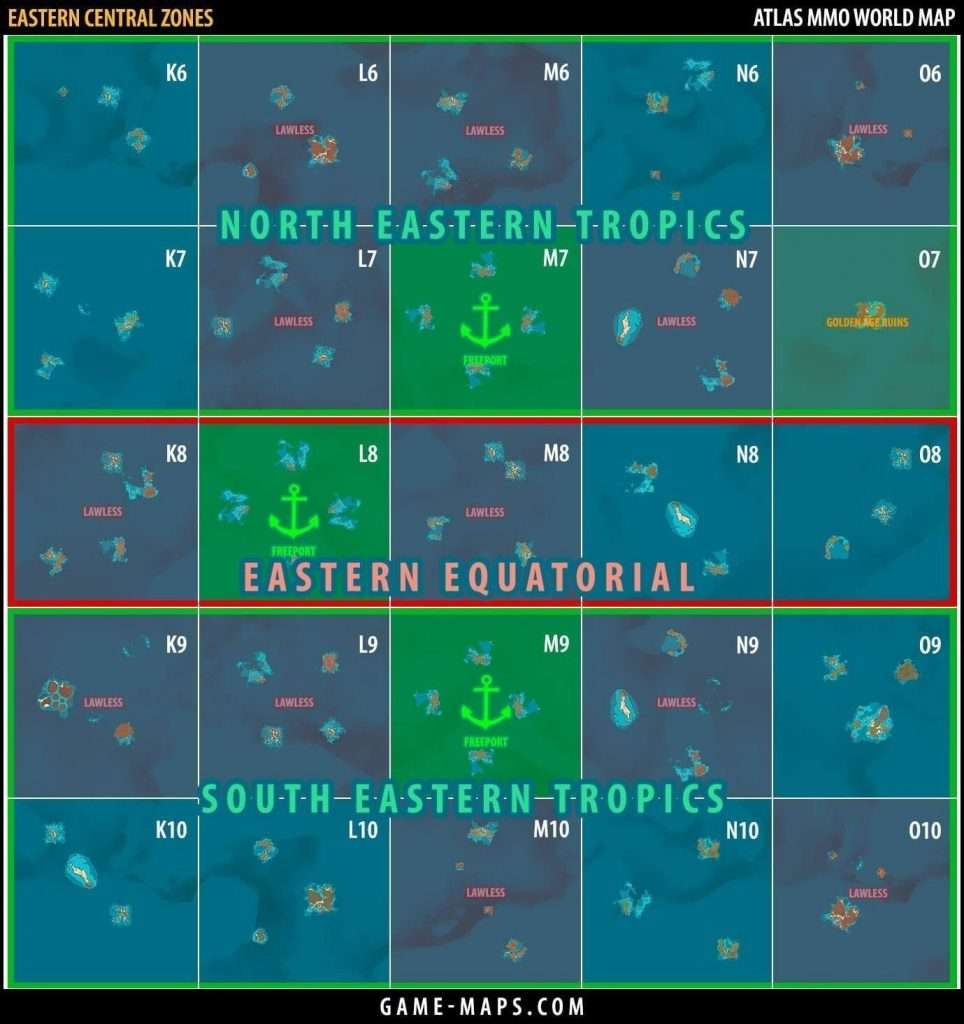 The calculations work out at around 1,200 times the size of a single Ark server. Considering how popular Ark was, due to the fact there was always something new to discover, this set Atlas up to take the gaming world by storm.

Unfortunately, it’s not been all fun and games. Since it’s rocky launch in December 2018, Atlas has caused quite a lot of controversy and criticism. Players have to fight their way across the seas against the hostile environments as well as other players.

As with it’s previous game, Ark, Atlas has encountered many bugs, errors, crashes and exploitation’s. For those that have hung on through the ongoing teething issues, there are positive stories that have come afloat.

There seems to be a war against Western located players and the game’s Asian player base. There’s reports that the largest power on the Kraken’s Maw PvP server is namely the Sexy Cats Alliance. This is honesty no joke!

What are the main objectives in Atlas?

By the nature of the game, Atlas holds quite a hostile player base. Everyone is fighting for survival and banding together in what’s known as companies.

The idea is to claim land in order to use the location as a base. Whilst players are offline (and online) bases can be contested and stolen. This is more common whilst players are logged out.

I explained before that the map in Atlas is huge and can hold 40,000 people. Just to clarify, that’s not a server size of 40k. Servers hold up to 150 players, splitting the map into grids. Each grid can contain land or sea, allowing players to build and fight for their areas.

The issue that I seem to be coming across in many of the user reviews for Atlas is the sailing. Whilst sailing is one of the main objectives and features of the game, people are getting bored of it. DappyPally on the ATLAS general discussion forum on steam says they spend 90% of their time looking for land to build on.

Ark vs Atlas: Which do players prefer?

I think many previous players of Ark were excited for Atlas. As were many who hadn’t played either game. However, it seems like a lot of players prefer ARK over Atlas, and want to see more Ark content.

Atlas feels to me like how Luckyboy28 on Reddit has described it. It’s quite slow going and when you do get somewhere, it can be taken away from you very quickly. Unless you’re part of a big group you’re probably not going to survive.

Though I guess that’s part of the game, it makes it feel like when you join an Ark server and there’s an Alpha tribe dominating the map. Sometimes this can be fun, but on the scale that Atlas presents, not so much. 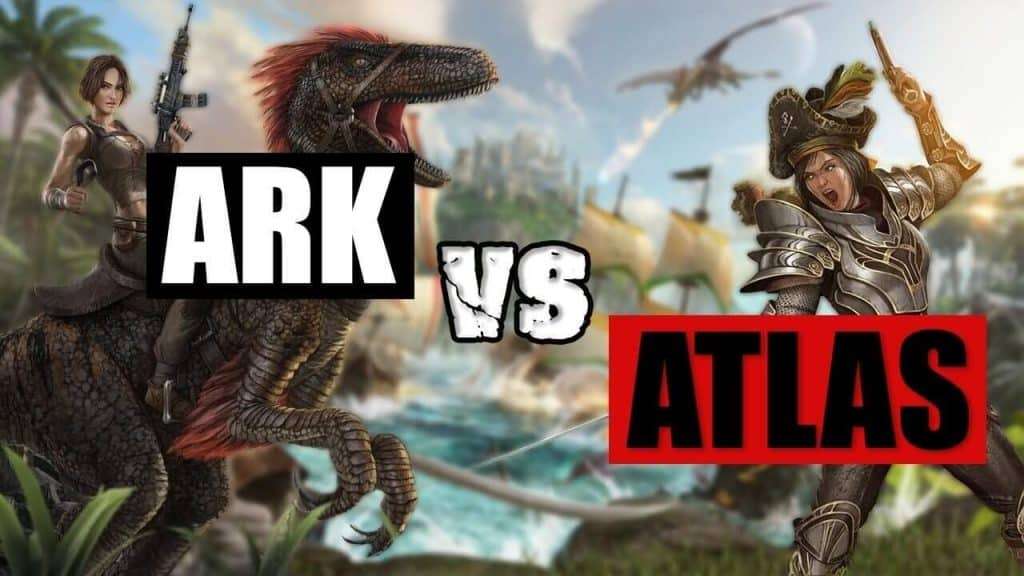 Ark developers, Wildcard, recently announced their latest expansion for Ark. You can check out what Ark Genesis brings to the table in our Ark Genesis preview.

Developer Wildcard has unveiled Genesis, a new two-part expansion for Ark: Survival Evolved, and it’s coming to PC, Xbox One, and PS4, starting in December.

The two-part expansion is due to be released in December. Though there were rumours that Ark wasn’t going to have any more expansions or DLCs, this no longer seems to be the case.

The future of Ark seems uncertain. Although there’s plenty of players who can’t get enough of the game, there’s a lot of negative reviews. Ark is renowned for delayed releases, bugs, and issues that never get fixed.

You can check out our Ark review here for more information. What’s coming next, watch this space! 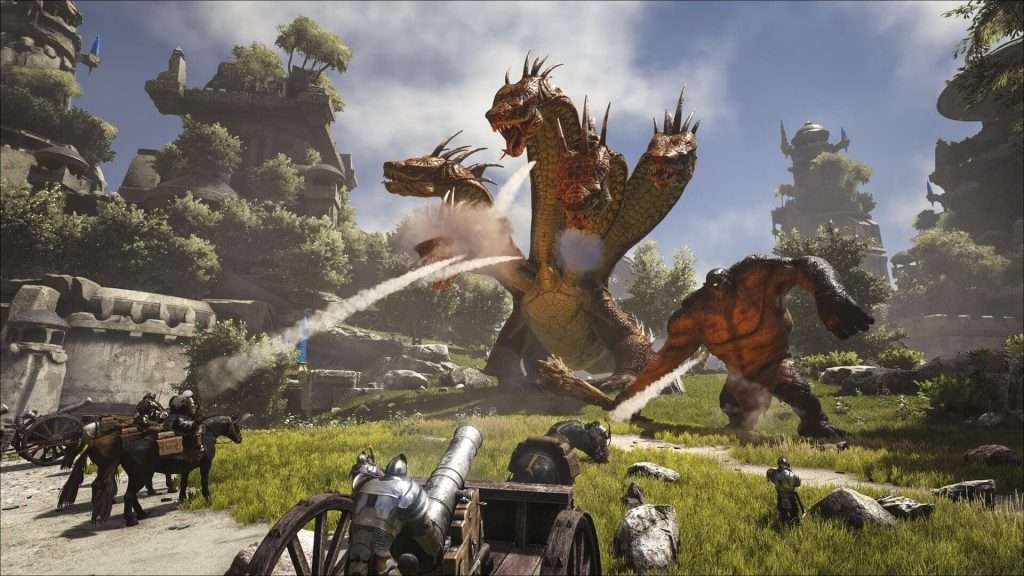 Through all it’s faults and existing bugs, Atlas does seem to be receiving patch notes on a regular basis. As of 12th September 2019, the latest release is on v218.31 and contains the following:

The above was taken from Atlas’s official forums. Looking at Atlas’s steam reviews from paying customers, the feedback is pretty poor.

The game has received mostly negative reviews. If you ask me, this doesn’t bode well for a long future for Atlas. However, on 31st August 2019 the developers did post some news about a roadmap for Atlas. You can view the live stream via Twitch here.

There’s apparently going to be a MEGA update, with content changes and additional content. They’ve also announced Atlas will be released on console to Xbox. This will allows cross-play between PC and Xbox players.

The devs felt that Atlas players were spending too much time doing things that they didn’t want them to do. Furthermore, these content changes and additions are designed to redirect players into having more fun.

It will be interesting to see if the Atlas player base will continue playing or move back to Ark, while only time will tell. I suspect Ark will ultimately win more people over.