What The Dub Review: Hilarious Voice Over Game

Available for Xbox One, Xbox Series X/S, PS4, PS5, PC, and Nintendo Switch, What The Dub puts words into actor’s mouths. In this hilarious voice-over game, you get to choose the missing audio, competing against your friends and family.

From an old TV show or movie, actors say a few lines for you to spin-off from. The next line of audio has been removed for you to put words in their mouths. You’ll get a small amount of time to fill in the missing audio, before which every player’s lines are dubbed on top.

What The Dub Gameplay

When each player has offered up their hilarious text for the missing audio, players get to vote for whose lines they prefer. As well as writing text, you can add fun sound effects like “burp” or “car horn”, which really adds to the hilarity of What The Dub.

Playing What The Dub on the Xbox Series X was very straightforward. Each player needs a smart device like a phone or a laptop that can connect to the internet. You’ll get a room code so that each player can join in.

The interface is intuitive, with little to no issues. The only hiccup you might incur is if your device locks or you navigate to a different web page. You can easily rejoin by entering the room code again.

I’ve got to say, I was pleasantly surprised by the dubbing tech in What The Dub. While it only sounds marginally robotic, I’ve not yet come across any words it’s not been able to pronounce correctly. In fact, it will happily dish out the swear words you’re inevitably going to write in there.

There are around 300 video clips to play What The Dub with. They are purposefully corny and frankly terrible, which works well for What The Dub. The old westerns and B-movies make it easy to create perfectly awful lines that get dubbed over the original audio.

Is It Worth It?

For $7.99 on the Microsoft Store, I think What The Dub is worth a go. It’s a fun party game that will get people laughing for a good hour or so. If the game was more expensive, I probably wouldn’t invest in it. Although there are hundreds of scenes, the same movies and TV shows regularly crop up. I understand that What The Dub is using clips that aren’t copyrighted, but the monotony can get a little dry after a while.

When I first played What The Dub, it reminded me a little of Cards Against Humanity. It’s got that giggle factor, offering opportunities to be crude and funny. Whether I’d go back to it with the same people again is another question. I probably wouldn’t revisit it with the same group of friends if I’m honest.

What The Dub is a great concept, and ultimately it’s a lot of fun. However, it is more of a one-trick pony. For the price, it’s worth grabbing just to have it in your library for when it’s needed. 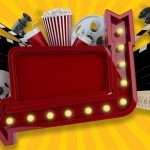 What The Dub Review

Buy Now
Game title : What The Dub
URL : https://widerightgames.com/what-the-dub.html
Game description : What the dub is a hilarious voice-over game, where groups of players must fill in the blanks from famous movie clips. Players will then vote on the best player submitted voice-over to determine the winner.
Unboxed Reviews