Off the Grid brings us Mother Nature in its most eco form. Players will start seeing luscious green forests and beautiful flowing rivers in Two Point County.

The environment is not only the talking point of the world, but it’s also a focus in Two Point Hospital’s newest DLC. You’ll face new illnesses, new gameplay mechanics, and of course, new hospitals.

Off the Grid brings with it 35 new illnesses. 9 of them are visual and include:

Some non-visual illnesses will be:

As expected, we’re going to be exploring some new hospitals in Off the Grid too, which is pretty damn exciting.

Wanderoff County Park: When Holistix heard the Mayor was looking to trial her newest green initiative in Wanderoff County Park, they opened the doors to a nature commune. Funding from Holistix will depend on how well the hospital does using a “wellness index”. People who score higher on the wellness index are more likely to invest and purchase organic produce. The wellness index is scored on the following criteria: staff and patient happiness; attractiveness; hygiene; reputation; and cure rate.

Old Newpoint: To make things a little confusing, Old Newpoint is the original settlement in the current era of Two Point County. Newpoint was where life as we know it was founded, which is now known as Old Newpoint. Many traditions were born from here, including herbal medicines and horticulture. You’ll need to grow your own fruit and veg to survive, as well as managing medicinal herbal gardens to treat afflictions.

Windsock City: This is Two Point County’s first eco-city. The city is prompting lots of questions about how it’s achieving its status, why it’s not been done before, etc. Windsock City is powered by green energy. Each of these green energy machines powers the hospital, and with more power comes more rooms, space, and staff.

For me, this is a game worth investing in. I own a copy on Steam and on the Switch, and I can safely say I’m thoroughly enjoying it. In fact, it feels almost a little ironic at this time in the world… creating my own hospital to cure illnesses and get through epidemics! 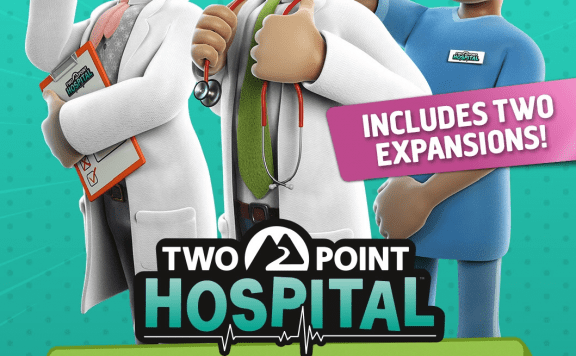