Latest News
Ark Desmodus: What Is It And Where To...
When Is Ark’s Fjordur Map Coming Out
Planet Zoo Wetlands Animal Pack DLC
Animal Crossing: New Horizons Bunny Day 2022
ARK: Survival Evolved Eggcellent Adventure 7
Ark Love Evolved 3
The Best Survival Games Coming Out in 2022
Night of the Dead’s January Update Adds New...
What is Nookazon and How Does it Work?
The Best Of the Steam Winter Sale 2021
Reviews > Tropico 6 Festival Review

El'Presedente's back & ready to party

Since its release back in 2019, Tropico 6 has had a steady supply of paid DLC’s released, with most of them receiving mixed reviews on Steam, we’ve taken a look at Tropico 6 Festival to see if Kalypso Media have been able to get better reviews this time.

The Party Has Started

As you might have already figured, Tropico 6 Festival DLC is all about festivals, parties, and having a good time, but will players find themselves having as much fun as the Tropican’s in their islands?

Of course, it wouldn’t be a Tropico DLC without some oddly named advisor, and the Tropico 6 Festival DLC brings us yet another of these strange people.

This time, Fredrick Ulyssis Norbert Houser, also known as Funhouser joins the game, to help bring fun and parties to the people of Tropico.

Before I purchased the Festival DLC, I took a look at the reviews, considering how much I love the base game, I was curious to see why the latest expansion to Tropico 6 wouldn’t receive the same reception.

What I found was that most people had an issue with the new campaign missions that are included as part of the Festival expansion, with almost all of the bad reviews focusing on the campaign as the reason for the bad review.

I have to admit, once I got into the game and tested the campaign for myself, I can’t say that I had the same issues, I personally found the campaign ran smoothly, was enjoyable, and not particularly difficult to complete, although, the issues might have been patched out since these Steam reviews.

As you would expect, the new Festival DLC contains both new features and buildings that revolve around giving the people of Tropico a good time.

For those considering picking up Tropico 6 Festival, this is what you can expect from the expansion:

There are some nice new features, especially the new festival mechanics, however, I would really like to have seen some more customization options, outfits, and other content in general, for the price, the content felt a little too thin.

While I can understand the bad reviews if people have had issues with the campaign, I cannot say I’ve faced similar issues myself.

At the DLC’s full price I’m not sure it’s worth the money, but on sale, I would say that the Festival DLC is worth picking up, I’ve found myself once again enjoying the content that comes with an expansion, but feel underwhelmed with how little content is included.

Tropico 6 Festival definitely isn’t the worst DLC that has come out, but it’s not the best one either, and while I don’t agree with some of the poor reviews, the overall mixed rating sums up this expansion perfectly, it’s nothing special, but should and certainly could have been. 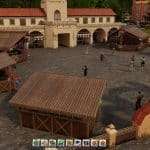