Remakes of classic games scare me, I’m not going to lie. However, as you’ll see in The Legend of Zelda: Link’s Awakening review, this is a true remake that’s worth its weight in gold.

The story in this Legend of Zelda game is set on Koholint Island. Link is stranded when his ship is caught in a brutal storm. His quest is this: collect each of the eight instruments of the Sirens to awaken Koholint’s Wind Fish. This will enable him to escape the island and continue with his journey.

However, as with all Zelda games, this isn’t without twists, turns and best of all, puzzles! Stroking my nostalgic ego, Koholint looks and feels just how I remember it in the 1998 Game Boy colour version. When I ventured over to the crane game, I played until every item was obtained.

In the Switch version, Koholint Island is no longer represented by separate screen areas. Of course, the original was somewhat limited to what it could do.

The map will now reveal entire regions as opposed to the previous grid squares. It feels a lot more seamless and makes finding your way around a lot easier.

However, this graphical enhancement does pose a few issues on the Nintendo Switch. I have experienced some framerate issues if there is too much movement on the screen at once. I’ve tested this in both handheld and whilst the Switch is docked. However, it doesn’t cause me enough issues to not think the game is truly spectacular.

The graphical changes have certainly improved things as far as dungeons are concerned. Not only do these look better, but they somehow feel better too.

For example, being able to mark locations on the map means you can return to a point with ease. Once a locked door is unlocked, it doesn’t need to be opened each time you pass through.

The dungeons in Link’s Awakening aren’t my all-time favourites. Killing enemies in a particular order to reveal a key (with no clues whatsoever) feels a little tedious. However, these dungeons are by far not the worst I’ve seen either.

Nintendo has clearly worked hard on their improvements to The Legend of Zelda: Link’s Awakening. Taking something that was once (and still is) a classic, and transforming it into the 2019 version we have before us is definitely an achievement.

There are some obvious changes to Link’s Awakening’s gameplay from the Game Boy version to the Switch. I found it extremely laborious having to drop my sword and shield to explore other items I had on the Game Boy.

Making use of the Switch’s entire set of buttons means I can access everything I need. Unfortunately, there’s still not an easy way for Link to jump without a feather, but that’s a minor nuisance.

Other small improvements include:

Make no mistake though, these features don’t make the game easier. And for that I’m grateful. These are improvements that aid in making the Switch version of Link’s Awakening even more appealing.

Link’s Awakening made for the Switch in 2019 feels like a real remake. And by that I mean, it’s like-for-like, but made for the modern-day.

I love the fact that Nintendo haven’t remade this game in its entirety, taking it away from its retro roots. The game feels the same, but better. The improvements are ones that needed to be made, without changing the game itself.

Finding myself in Koholint, I felt a warm fuzzy feeling inside. Anyone could recognise this game if they played the 1993 original, but appreciate it’s been made for nostalgic 2019 gamers.

Link’s Awakening on the Switch remains true at heart. It’s a 2D puzzle game with technological enhancements for the world to enjoy. I for one won’t be putting it down anytime soon, and am thoroughly enjoying reliving some past memories.

It has been an absolute pleasure both playing and creating The Legend of Zelda Link’s Awakening review. 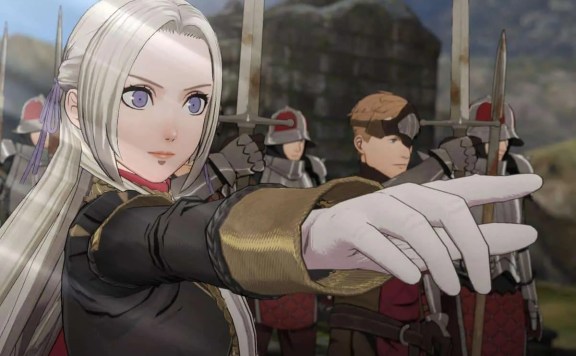 What is Fire Emblem: Three Houses and Why Should You Buy it?
January 13, 2020