Being a PVP Ark player, I tend to give too much attention to PVP and till now had failed to take a look at the best PVE Ark servers, so I decided to hang up my guns and give peace a chance for a while so I could take these unofficial PVE servers for a spin and see which one really is the king of Ark PVE.

Ark PVE servers are a perfect way to get through the game’s fantastic bosses and storylines, it’s also a good idea for players who are new to Ark to play on PVE servers first, to get to grips with the often complicated taming system.

If you are considering a PVP server, take a look at our guide to the best unofficial Ark PVP servers, where we have found and tested some of the best PVP servers out there.

So, without further ado, let’s take a look at the best unofficial PVE servers.

Other PVE server extras include:

Use discount UNBOXEDREVIEWS for one month off Arkservers.io we gain affiliation money for each signup which helps us keep the site going

Ghost Division boasts powerful servers and offers a community for Ark players across the world. They have a large and active community, including 24/7 support, a forum, and voting rewards. All of their servers are DDoS protected.

Ghost Division’s PVE Ark servers are designed to be fun, but also come with a clear set of rules to ensure that players can enjoy the games.

To ensure PVE behaviour, here are some of Ghost Division’s main PVE rules:

Ethereal Dominion boasts 8 different Ark PVE servers, holding 50 players each. You can join their Discord channel to chat to other members and tribes, as well as connect with their staff members of which there are 6 of.

All updates to the servers and server information can be found via Ethereal Dominion’s Discord channel.

To keep players enjoying their servers and all aspects of PVE, Ethereal Dominion have included the following mods:

Keneti have been hosting game servers since 2012 and offer managed Ark servers across 9 maps. You can join in on the auction house which includes cross cluster trading of items, weapons, blueprints, skins, dinos, and more.

As well as offering events and an in-game economy system, Keneti also offer the following on their Ark PVE servers:

Arkkovia is a German-run Ark community that offers fun across the whole Ark adventure. They run their servers from a German data center with high-performance specs and a friendly and helpful base of members.

You can play on the following maps on Arkkovia’s servers: Ragnarok, Valguero, The Island, Extinction, Aberration, Scorched Eart, The Center, Genesis, Crystal Isles, as well as an RP server on The Island.

Other exciting features include: 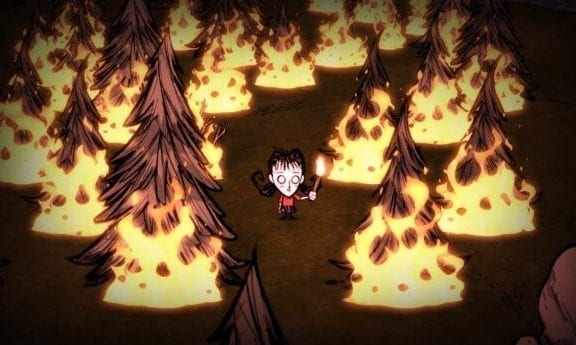 Overcooked! All You Can Eat Review

Golf With Your Friends Review