For years now the main focus on sports management games has been on soccer, but finally, tennis fans have a management sim that will allow them to push their favorite tennis players to new heights in their careers.

As much as I do enjoy tennis, I never expected there to be much involved in terms of tennis managers, but of course, Tennis manager 2021 has proven me wrong, showing me just how much planning and tactics go into running a tennis club.

The first thing I should mention is that you cannot play the games of tennis in Tennis manager, in many of the manager games I have played previously, you are able to actually play, but with Tennis Manager 2021, the sole focus is on management, which continues even as the player is on the court.

There are several things you can do to help your player during a game, such as shouting words of encouragement to them, requesting a talk after a set, and even changing up the player’s tactics, which is especially helpful when you are losing.

If you are new to management games, it might take some time to get used to, however, if you have experience in these types of games, the UI is clean, simple to use, and follows a very familiar format, which you should have no issues getting to grips with at all.

The level of detail that has gone into creating Tennis Manager 2021 is very clear, even small details like making emails clear by color-coding them and including hyperlinks that can take you to scouted players, shows you the attention to detail and the commitment the developers have.

As with most sports manager games these days, players will have a choice of managers to choose from however, Tennis Manager 2021 takes this a step further by allowing players to choose between the following:

Thankfully more games are opening up to gender equality, which is great, but it’s nice to also see the option to choose between age brackets too.

Another great part of Tennis Manager 2021 is the ability to not only choose from a bunch of existing clubs but also the ability to create your own club too.

Although the game does warn you that this should not be done on your first playthrough, if you’re an experienced sports manager gamer, you should be fine, but if not, it’s definitely best to learn the ropes first, before taking on your own club from scratch.

Once you’re part of a club, you will need to assign staff to your players, these will help to keep your players healthy, physically fit, and running training circuits with your players.

At first, I found the training a little overwhelming, there are so many training routines that can be planned, and all players have their training planed for the entire week on one screen, which was a lot to take in at first.

Once I had found my way around the training, I actually found it to be brilliant, and getting the right balance of progressing your player’s skills and providing them with rest days and physical treatments such as massages becomes quite the challenge.

As a manager you must know how to deal with social situations, whether that be dealing with press conferences or speaking with players, Tennis Manager 2021 has players making choices that can affect the club depending on their responses.

These talks will happen with the press before matches, and with players both before and after matches. When it comes to talking to your players, the choices you make will directly affect their mentality before the game, so being too negative could have a negative impact on their performance.

During the game, there are several things you can shout to your player, which either offer words of encouragement or criticism, some of which can even be used to congratulate them or show dissatisfaction with how they’ve been playing.

You are also able to change tactics, mid-game, as well as changing how much intensity goes into returns, serves, and key points.

Of course, if you increase the power of all your serves, the accuracy is going to potentially decrease, so it takes not only some time to get used to the best tactics, but also getting to know your player and their stats, as some tactics might work better for some players, but not others.

One of the things that I noticed about this game is that you really have to get to know your players and what they are capable of, as well as where they should be in their skills, abilities, and career, it’s then down to you to make sure that you hone their skills and make sure they become the best players they can be, for both the player and your club.

Plan your training schedule, then watch your players in real-time, Tennis Manager 2021 really is an exciting game, as you watch your team grow and players move up the ranks, or by simply learning from your mistakes.

If you had told me last year I would be playing, and enjoying a tennis management game, I would have laughed, it’s not normally my thing, but I must admit, pushing for the perfect team has started becoming slightly addictive already

The only issues I have come across in-game so far have been a couple of spelling mistakes, for example, I had an email that came from Andy Murrey, but this had been spelled Andy Marrey in the email, but correctly on his profile.

As well as the Andy Murrey issue, there are a couple of other spelling mistakes in the game, but these are far and few between and do not cause any issues, I also have no doubt these will be ironed out in no time by the developers. 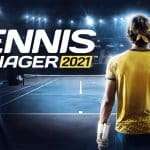 Buy Now
Game title : Tennis Manager 2021
URL : https://www.tennismanager.com
Game description : Tennis Manager is a unique sports management game, where players manage either their own or a real-world tennis club to success. Motivate your current players and scout for new ones, as you try to build a world-class tennis club.
Unboxed Reviews