Tropico 5 has seen 10 DLCs released since it’s base game release back in May 2014. Thankfully these are all included in the complete collection and work so flawlessly you would think they were part of the base game.

Since the release of Tropico 6 you can now find many of these DLC’s at a very reasonable price too.

Tropico 5: Espionage – The DLCs add new campaigns as well as new buildings and features and generally have a lot more in them than the addons.

Tropico 5: Waterborne Waterborne sees the Tropican’s take to the sea expanding the buildings out to the ocean with floating apartments, glass bottom restaurants, offshore offices and much more.

Since we originally created this post, Tropico 6 has now been released, adding a multitude of new features and improved graphics by running on the Unreal engine.

As well as the new features and improved graphics in Tropico 6, there are also some of the older features that fans loved that have been brought back into the game.

If you are considering Tropico 6, why not take a look at some of the new DLC that has come out with it.

Check out the links about to see what you can expect from the DLC’s.

Spread the love
Tags: PS4, Tropico, xbox
Written by
Kegan
Co-Founder of unboxedreviews.com, gaming enthusiast with a history working in the gaming industry. Currently working as a web development manager. Loves survival games, anything with a great story and games that actually require you to think about what you are doing.

1 0
Previous ArticleHow to Use Junk Turrets in 7 Days To DieNext ArticleArk vs Atlas: How do the games compare? 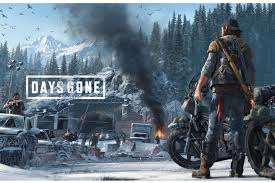