After the massive success of the Resident Evil 2 remake, it was pretty obvious that the remakes would continue. Resident Evil 3 remake was confirmed for next year, today.

If you’ve played Resident Evil 3 you will likely be pretty excited about this one.

The game brought in the Nemesis mechanic to the game. This sees players the scourge of zombies and scavenging but also having a 10-foot monster spontaneously jumping out at them.

Nemesis also featured in the Holywood movie Resident Evil 2 staring Mia Jovovich. Whilst quite corny, it was still one of the better movies in the series.

When is Resident Evil 3 coming out?

During a Playstation State of play presentation today, Capcom announced the release date for 3rd April 2020.

Fans will have to wait a little while to be able to get stuck in.

Capcom has also produced an announcement trailer for the upcoming game too, which has got me pretty excited.

It’s almost impossible to watch that trailer and not get a tingle down your spine.

Since original releases of Resident Evil, players will definitely be gripping onto the edge of their seats. The improved graphics and high paced action are going to look great on larger screens.

This is no doubt going to enhance the adrenaline-fuelled horror action from the original version.

Jill is the sole survivor of the mansion in the original Resident Evil.

Of course, due to the large leap in graphical and technological advances since Resident Evil 3 came out, she has had a major upgrade and looks so much better now.

Now Jill’s primary goal is to make sure Umbrella Corporation is held accountable for their actions.

This doesn’t go well for her, with a city full of zombies and a towering monstrosity chasing you, it’s kind of hard to take on a corporation.

Her focus and priorities quickly shift to just trying to get out alive.

Carlos has had a much more noticeable change. He’s now rocking what can only be described as a homeless man’s hairdo.

Oliveira was sent into Racoon City with a large unit. His objective is to save as many survivors from the T-Virus plagued city as possible.

After most of his unit was killed, he was left to fend for himself. This is until Jill finally hears his radio plea for help.

Carlos becomes a pillar for Jill to lean on and makes rescuing her from the city his only objective.

This is now being known as Resident Evil Resistance and offers a 4 against 1 format. Watch IGN’s preview of the game mode here:

Message from the developers:

As well as the announcement trailer the developers have also posted their own video. This contains some additional information about the campaign and the multiplayer mode Resident Evil Resistance.

What are your thoughts on the new remake? Are you glad the zombies are back, or did you prefer the new direction with Resident Evil 7? Let us know in the comments.

Spread the love
Written by
Kegan
Co-Founder of unboxedreviews.com, gaming enthusiast with a history working in the gaming industry. Currently working as a web development manager. Loves survival games, anything with a great story and games that actually require you to think about what you are doing. 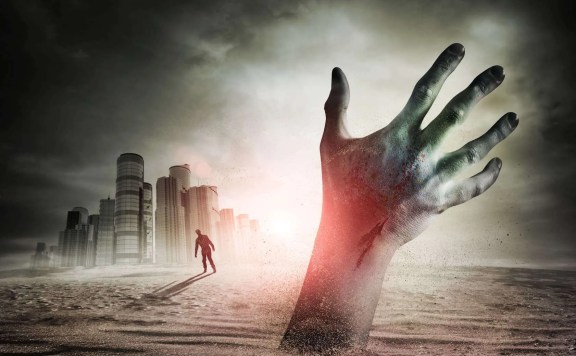 After the massive success of the Resident Evil 2 remake, it was pretty obvious that the remakes would continue. Resident Evil 3 remake was confirmed for next year, today. If you've played Resident Evil 3 you will likely be pretty exci...
0
Average User Rating
0 votes
Have Your Say!
Your Rating: 0
Submit
Write A Review
Genre:Horror
Rating:18, Mature
Publisher:Capcom