Latest News
Raft Chapter 3 Now Out
Ark Desmodus: What Is It And Where To...
When Is Ark’s Fjordur Map Coming Out
Planet Zoo Wetlands Animal Pack DLC
Animal Crossing: New Horizons Bunny Day 2022
ARK: Survival Evolved Eggcellent Adventure 7
Ark Love Evolved 3
The Best Survival Games Coming Out in 2022
Night of the Dead’s January Update Adds New...
What is Nookazon and How Does it Work?
Reviews > Pumpkin Jack Review

Since the birth of survival games, I seem to find myself playing fewer and fewer platformers, but back in the golden age of gaming, I could constantly be found on great platformers such as MediEvil.

Pumpkin Jack brings back everything great about the glory days of platformers and brings it onto modern formats, in fact, this spooktacular title has managed to tick all the boxes, fun gameplay, great colorful design, and tons of nostalgia.

As with any great platformer, there is a perfect balance of action-adventure and puzzles, keeping the balance perfect, never taking away from the action-packed enjoyment of the main game.

Pumpkin Jack walks you through the game with a tutorial at the start of the game, which again strikes the right balance of arming you with the information need to play the game, without becoming boring.

As you progress through the game, you will start unlocking new skills and features, such at the ability to use a bird to attack enemies, or detaching your head and walking around as a bodiless pumpkin.

I was pleasantly surprised to see action-packed scenes within the game, which included running through barns while they are burning, which added a real adrenaline rush to the gameplay.

Another cool feature of Pumpkin Jack is the ability to obtain new skins, which you can equip to make Pumpkin Jack look even spookier than he already does.

The great thing about the skins is that you can purchase them with in-game currency, meaning you don’t have to spend more money to unlock them, a practice that is becoming more and more popular these days.

Pumpkin Jack is a great platformer, which gives a massive nod to the platform games of old. The game screams out to be played during Halloween, offering a spooky treat, packed full of ghoulish atmosphere and gameplay which will provide hours of fun.

For this review, I tested Pumpkin Jack on a Nintendo Switch, which was great to be able to play an old-style platformer on the go, but I genuinely think that Pumpkin Jack will offer hours of fun no matter what device you prefer to play on.

If you are a fan of platformers and looking for something new to play, I highly recommend giving Pumpkin Jack a go, I’ve had a blast playing over these past couple of days. 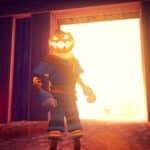 Price: $29.99
https://www.pumpkin-jack.com
Buy Now
Game title : Pumpkin Jack
Game description : Pumpkin Jack is a spooky treat for fans of platform games, it takes all of the elements of the classic platformers and refines them for modern consoles, in a spooktacular fashion.

Pumpkin Jack is a spooky treat for fans of platform games, it takes all of the elements of the classic platformers and refines them for modern consoles, in a spooktacular fashion.