During the time of Planet Coaster’s release, there was a small surge of theme park games that (in honesty) either fell just short of the mark, or completely sucked.

The highly anticipated Roller Coaster Tycoon World from Atari was one of those in the completely sucked category, much to my disappointment, as previous titles in the series had given me many hours or joy in the past.

Whilst graphically I genuinely enjoyed it, there was just something missing from it, that freedom to really make the park yours, as I’ve mentioned in other games before such as Jurassic World: Evolution’s review.

Anyway, I digress, this is a Planet Coaster review, not a Roller Coaster Tycoon review!

I have mentioned in the past that some reviews are difficult to write, however after even just a few hours of playing, a Planet Coaster review is easy to write, the game is awesome.

It gives you the freedom to build the park as you see fit, share your ideas with others and use the Steam workshop to draw inspiration from the community.

You can build sets for your themed areas, shops, rides, ride entrances and much more from the ground up. You can then save them as a blueprint, and reuse them, or share them to the community. You can also download what others have shared, should you like their creations, and then use them in your own park.

I myself have created a couple of sets to place in the workshop and whilst they may not be masterpieces, considering the level of detail you can go into, I’m rather proud of them (even if they are actually rubbish)!

Planet Coaster has now been out for a few years and as such has had a few DLCs to take the game even further. Many games release DLCs before the game is even fully developed, bugs are fixed or fans agree that DLCs should be made available, Ark: Survival Evolved is one of these games, although I was personally happy to buy DLC as I felt the game was activity worked on, it angered others who publicly took their frustrations to the forums.

Planet Coaster thankfully was absolutely stunning from the day it was released, very quickly impressing me, and at the point of the DLC being released I was more than happy to spend my hard earned cash on them.

You can see all the available DLC’s here: https://store.steampowered.com/dlc/493340/Planet_Coaster/

Spread the love
Tags: Rollercoasters
Good
Bad
9.1
Amazing
Gameplay - 10
Graphics - 8.5
Audio - 8
Longevity - 10
Written by
Kegan
Co-Founder of unboxedreviews.com, gaming enthusiast with a history working in the gaming industry. Currently working as a web development manager. Loves survival games, anything with a great story and games that actually require you to think about what you are doing. 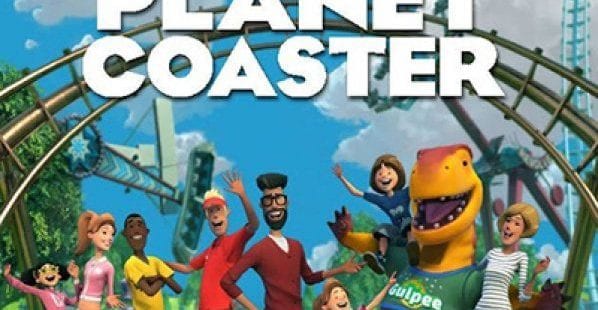