Firstly, it’s worth noting that when playing the game for our Kainga Seeds of Civilization review, the game is currently in a pre-release state. Much of the game is unfinished and yet to be added, all of which is being developed by a single developer, which in itself is a pretty ambitious feat.

In the games’ current state, I encountered a few bugs, such as workers refusing to gather materials, getting stuck in silly places, and general graphical glitches. That being said, we join beta’s fully knowing there will be issues, so instead of focusing on them, I want to look at the game itself and its potential.

Currently, there are only two biomes that can be explored, and the game feels a little bare. Looking at the roadmap, it seems like there is plenty of content that will be coming into Kainga Seeds of Civilization and being staggered into several named updates.

This is where Kainga Seeds of Civilization sets itself apart from other games. The world in which Kainga is based in is inhabited by giant beasts that can be tamed and even built upon, allowing you to create mobile towns that can offer protection for your people.

Much like Ark: Survival Evolved, players must tame and equip saddles for these creatures before they are able to mount them. Once you have gone through the trouble of taming one, new opportunities for base defenses or even a completely mobile town open up.

There are already a few creatures in Kainga Seeds of Civilization. These range from leviathan class giants to smaller creatures, such as the snails, which can still be tamed and serve a purpose for your settlement.

But reading through the game’s roadmap, it’s clear that the developer plans to add more creatures. This includes much smaller ones into the game, during some of the later planned updates.

When starting out in Kainga, you are offered to run through a tutorial. While I do highly recommend doing the tutorial, I felt that it could have been longer. Kainga is clearly both a unique and ambitious game, and as such has a fairly steep learning curve.

The lack of depth in the tutorial really stood out for me in-game. My entire village was set on fire and I had no idea why this had happened, or what I could do to put the fire out.

But as there is still some time until the game goes into full development, I’m hoping this is something the developer will pick up on and improve.

Once you have completed the short tutorial, you will be able to choose a biome, as well as picking from either a set of goals or creating a custom one, to complete the level.

Your civilization revolves around thinkers, these thinkers are required to research new technologies and are the most important people in your tribe. Should they die, you lose the game and will have to start the current scenario all over again.

There are tons of threats that you need to watch out for in Kainga, including the giant animals that roam the world. Other tribes will attack should you not meet their demands, and the weather, which can include volatile thunderstorms that can destroy your buildings and kill your braves.

Is Kainga Worth Playing?

With the recent release of the Kainga Seeds of Civilization demo, the question is, is it worth playing?

This roguelite Kickstarter definitely has potential. It offers a unique twist to the genre, allowing you to create something different every time you play.

If the game were released in its current state, I’d say there wasn’t enough content as it stands. However, with a little refinement and some bugs ironed out, I can definitely see Kainga being a popular village-builder.

We expect to see Kainga release in early access on Steam this Autumn and eagerly await what’s next on their roadmap. Once the game is fully released, we look forward to updating our Kainga review. 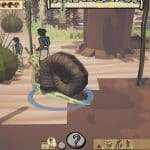