My Jurassic world evolution review is one of those that should be better than it is. It has all the potential to be an amazing game:

Sadly the game does however fall short, there are some major issues with the game that makes the longevity of the game run very short.

Any one who has played planet coaster may feel the same level of disappointment as I do, and may have actually enjoyed the game a bit more having not played planet coaster first. I was hyped up to play Jurassic world evolution, once I have found out that it was being developed by Frontier based on the quality of there other theme parked styled games.

With planet coaster you have the freedom to really create the park how you want it to be, creating beautiful set pieces and scenery almost brick by brick, where as with Jurassic world evolution it’s simply just placing down shops, paths and fences, there is no real freedom to unleash creativity here. On top of that Planet coaster also has user submitted items from the steam workshop that also really help to improve the game even further.

It’s not all negative though and the game does have some good points, they just need building from. You can alter the DNA of dinosaurs adding traits from other species of animals and almost creating a new sub species from this, which can yield interesting results. You also have the ability to roam the island in a jeep or helicopter and even tranquilize the dinosaurs, repair buildings or medicate the dinosaurs from your vehicle, which can be both entertaining and visually pleasing.

Whilst the game has thrown out some new DLC such as the new free roaming camera most updates have come in the form of paid DLC, since the game is massively lacking in content, I can’t say that this is a choice that I agree with, or am particularly happy with. Jurassic world evolution costs the same amount as most other AAA titles, yet the current content at the time of writing this review doesn’t reflect that.

I’m not against paid DLC’s at all, in fact I think if a developer continues to update the game, and constantly improves it they deserve to try an plug some more funding for this, and a paid DLC is the best way, and one that I’m more than happy to support. But that being said if a game doesn’t have much content and has had very little updates, why should we pay for extra content, we paid for a triple A title and as such expect to get value for our money.

What is worse is the fact that even the DLC’s don’t really add much more content to the game:

Costs £3.99 and adds the following to the game

Herrerasaurus; this carnivorous dinosaur is from the Triassic period. Herrerasaurus has a long narrow skull with lots of serrated teeth for tearing into the flesh of its prey and has a special joint in its lower jaw to hold down its prey with a vice-like grip.

• Acrocanthosaurus; features large spines running along it’s back giving it a name that translates to “high-spined lizard”. This large muscular theropod is a force to be reckoned with.

• Proceratosaurus; may be a small two-legged dinosaur from the middle Jurassic period with a distinctive nasal crest, but it is also an ancient relative of the mighty Tyrannosaurus Rex!

So this is £3.99 and adds 3 dinosaurs to the game, whilst the price isn’t massive, considering the real lack of content I feel this one should have been given as a free update.

Again I feel the same as above, these should have been added as a free update.

• The Iguanodon is an herbivore that walks on all fours but can also stand on its hind limbs in aim to discourage predators with its powerful thumb spikes.

• The threatening, carnivorous Carcharodontosaurus has sharp and jagged teeth.

• The Dreadnoughtus is known for being one of the largest land animals that ever lived, his name rightfully means “fears nothing”.

Feel like a broken record now! Same as above, not sure it’s value for money.

Costs £12.99 and adds new research from the research center, new buildable areas on the map, which I sadly felt are way too small. Five new dinosaurs and dig sites and the Indominus Rex camouflage gene.

Whilst I did feel that this DLC still wasn’t enough for the money, it thankfully was a much better addition to the game than the other DLC’s and should you be considering upgrading your Jurassic world evolution experience with a paid DLC I would suggest this is the one to get.

Spread the love
Tags: Animals, simulation
Summary
The Jurassic world evolution review has been one that I have been holding off on for a while now, hoping that some amazing update would come out and completely change my mind about the game, sadly that hasn’t happened and can only say that Jurassic world evolution is a mediocre game at best.
Good
Bad
3.1
Bad
Gameplay - 5
Graphics - 5
Audio - 1
Longevity - 1.5
Written by
Kegan
Co-Founder of unboxedreviews.com, gaming enthusiast with a history working in the gaming industry. Currently working as a web development manager. Loves survival games, anything with a great story and games that actually require you to think about what you are doing. 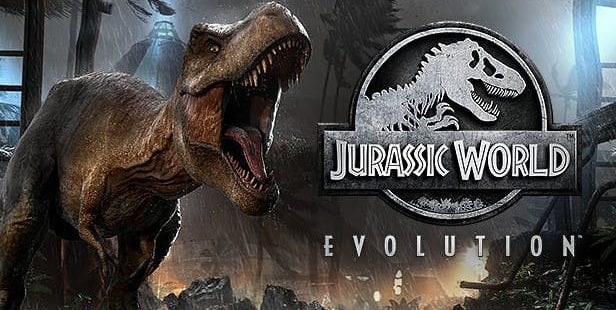