Latest News
Ark Desmodus: What Is It And Where To...
When Is Ark’s Fjordur Map Coming Out
Planet Zoo Wetlands Animal Pack DLC
Animal Crossing: New Horizons Bunny Day 2022
ARK: Survival Evolved Eggcellent Adventure 7
Ark Love Evolved 3
The Best Survival Games Coming Out in 2022
Night of the Dead’s January Update Adds New...
What is Nookazon and How Does it Work?
The Best Of the Steam Winter Sale 2021
Reviews > Hokko Life Review

With so many action-packed games, filled with adrenaline-fueled gunfights and high-octane car chases, it’s nice to be able to just relax and play a chilled game every once in a while.

Hokko Life gives us exactly that, the chance to chill out and explore our more creative sides, without anything to worry about other than how to best let your creative juices flow.

Created by a one-man development studio and published by veteran publishers Team 17, Hokko Life is the second game this year to show me that one man on a mission, really can make a great game, the first was Kingdoms Reborn, which launched earlier this year.

In many ways, Hokko Life resembles Animal Crossing: New Horizons, in the fact they both center around building up your small village, filled with animals and spending time being social with the other citizens.

What is Hokko Life About?

The game starts with you coming off a train into the charming little town of Hokko, after falling asleep on the train and missing your stop.

Of course, instead of doing what most people would do and finding a way back home, instead, we decide to shack up at an elephant’s house and take on a new life in the vibrant animal ran Hokko.

As of yet, there’s not a huge amount of character customization in Hokko life yet, right now you can change the following:

It’s not as detailed as some other character customizations out there from other games, but remember, the game is still in early access, so expect more to come, I’m personally hoping for great things from this game, which I hope will include more detailed customization too.

Considering the level of detail, you can customize items and your town, it’s quite surprising that there isn’t more to the character customization in Hokko life, but as I mentioned, that could still be to come.

The first thing I noticed with Hokko life was the lack of support for ultra-wide gaming monitors, but after reaching out to Team 17, they have assured me that there will be support coming for these monitors in future updates and those of you with those beastly screens, will just have to wait for a patch.

Other than the issue with some monitors mentioned above, the graphics in Hokko life are cartoonish, but in a cute and charming way, in so many cases games try and pull off this, but fail, sadly not all of them succeed as well as Hokko Life has.

Watching your town grow and fill with cute animals is an absolute delight, of course, I know if I wanted to get my fill of cute animals and town management, I could play Animal Crossing: New Horizons, but even though the two games are very comparable on paper, I found Hokko life to have more of an individualized touch.

Hokko Life came out of nowhere, I had never heard of it before until I was invited to review the game, but it’s one that will stay on my mind for some time and has left a lasting impression.

For a game that is still in early access and has a long road ahead of it before full release, but even in its early access state, there is plenty to do and see, as well as unlimited options for designing your own custom furniture and items.

As you would expect from an early access game, there are a few bugs and issues, but it’s clear to me the developer is working on those issues quickly and listening to the community to get any issues reported fixed as quickly as possible.

If you’re not keen on early access games, or not happy with the chances of running into a bug here or there, perhaps hold off, but if like me, you can forgive a few issues while the game is being developed, use the link above to grab a copy today, you won’t be disappointed. 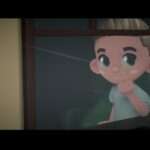