One hell of a dungeon management sim!

Hell Architect is a delightfully dark dungeon management game, where players must become the architect of hell, creating brutal torture devices and providing some potentially dangerous nourishments for their sinners.

I was lucky enough to be offered the chance to play prior to release, which I’m glad of, as this really gave me time to get to know Hell Architect and to see just what the game has to offer, before working on the Hell Architect Review.

Even sinners in hell have needs, and as the Hell Architect, it’s your job to make sure they are met, well, kind of met anyway.

This is done in some of the most interesting and entertaining ways, for example, to make drinkable water, players must build a toilet, which then goes through a machine to process it and finally gets emptied into a bucket, for everyone to…enjoy?

Most dungeon management games will have some way of looking after the minions running it, but in Hell Architect they have managed to make this process so much more entertaining.

As the game goes on, it’s important to monitor and care for your sinner’s needs, watching their sanity and finding the perfect balance of dungeon and sinner development.

In Hell Architect there’s no shortage of ways to torment and cause endless suffering to your sinners, from burning cauldrons, where you can watch your sinners bubble and burn, to even more sinister methods, such as replacing floors and ladders with spikes and broken glass.

Of course, it wouldn’t be hell without sinners having to go to the job center, which is exactly the hell you can put your sinners through, allowing them to specialize in certain jobs, so they can assist in the building of their own personal hell.

There is progression, through research, where players must build a crystal refinery and farm various types of crystals which can be used to research and unlock new and inventive ways to continue taking your torture to new heights.

Hell Architect starts out an absolute breeze, ironically, but after some time, as more sinners start to pour through the gates, managing them all, as well as an expanding dungeon, starts to become challenging.

To start, it’s best to have one playthrough of Sandbox mode, on the easiest setting, this will give you an idea of what to expect and how to play, before tackling the game’s harder modes, which as you would expect, become much more challenging.

Sinners spawn from the hell gate, every 10 minutes, which of course becomes quicker if you play the game with sped-up simulation on.

Each sinner that comes into your hell, will have their own traits and abilities, some of which can be very useful, others, not so much. I’ve had a few who have a lazy trait, which means they won’t dig as quickly as others, but thankfully you can micro-manage sinners, making sure they only do jobs they are actually good at.

As the game progresses and your hell expands, you will find some very fun ways to torture your sinners, such as sticking them in a cold snow shower or forcing them to listen to loud, terrible music, which let’s face it, no one wants to endure.

While Hell Architect isn’t something I would normally go out of my way to play, I’ve surprisingly enjoyed it much more than I expected, and while it does seem odd to need to worry about sinners needs when they are in hell, that’s something I can ignore, and simply take this game as its meant to be played, a chilled-out, slightly silly, fun game.

There is defiantly replayability with this hell manager game, with an extensive library of items to build and ways to expand, I hope to continue seeing the development and look forward to watching Hell Architect grow. 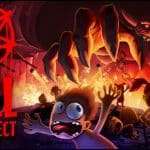 https://www.kickstarter.com/projects/playway/hell-architect
Buy Now
Game title : Hell Architect
Game description : Hell Architect places you at the front and center of managing hell, make sinners build their own hell and the devices which you will use to torture them. Dungeon management just took a rather dark and silly turn.
Unboxed Reviews
6.6 3.3125 5
Unboxed Reviews Score
You Might Be Interested In
0 FacebookTwitterPinterestEmail