Developed by Warpzone Studios, Hammerting has been in early access since October 2020. Our Hammerting Review takes you deep into the dwarven mining colony sim to find out whether it’s worth the $24.99 price tag on Steam.

With its cartoonish charm, Hammerting is easily accessible and playable on most modern PCs. While you won’t require the latest motherboard or processor, here are our Hammerting Review recommended system requirements for the best gameplay.

While Hammerting is still in early access, its developers seem quick off the mark to offer regular updates. The latest quality of life update (version 0.2.1.16) was released on April 1, 2021.

Plus there have been performance, AI, and UI tweaks, along with bug fixes and crash fixes. Here’s a full list of the Hammerting quality of life update 5 notes.

In my experience, mining sims like Hammerting tend to have quite shallow storylines. However, I felt a much deeper connection with Hammerting, finding a reasons to complete missions and a desire for added story in future Hammerting updates.

In the middle of a war between The Leage of Methis (your player), and The Dread Horde, you’ll need to prepare yourself for an onslaught of battles. There are multiple missions requiring you to quickly deliver supplies. As you can imagine, if these supplies aren’t delivered, battles will take place without them. This results in losing the battle, which is not what you want to do.

Yes, mining is a big part of the game, but there’s much more to it than that. Although Hammerting is still in early access, I get a good feeling the devs will extend the longevity of the game with further story updates.

Hammerting Gameplay (It’s Not All Mining)

The dwarves in Hammerting are what make your mine a home. While you can’t control them, you can create jobs for the dwarves to complete which include mining, building, harvesting, attacking, and more.

You’ll need to create workshops in order to craft materials and dig deeper underground. To progress, you’ll need to discover resources so that you can win the wars above ground.

Tip: Each of your dwarves possesses different and unique traits, though not all of them are particularly helpful. Before recruiting new dwarves, check to see whether they’re worth it.

You can craft profession-specific items like “Chef’s Ladle”. While it’s not really confirmed, it indicates that equipping the right equipment will have an effect on which tasks each dwarf will accept.

Dwarves earn skill points as they level up; you can place these in 5 categories. Categories can have an impact on professions, so again, it seems like this kind of system will be worked on in future Hammerting updates.

In its current early access state, Hammerting is an intriguing concept that is coupled with beautiful artwork. The underlying components appear to be stable, leaving players wanting more from further updates.

What strikes me is the fact that Warpzone Studios seem to be very much on the ball. They’ve already served up multiple updates, taking on board what the Hammerting players want and need. They’re not the kind of developers to produce an early access game and run.

As we saw in the Hammerting quality of life update 5, the game has already received a major overhaul of its UI. Having an active developer certainly instills more confidence when purchasing an early access game. Hammerting is undoubtedly playable in its early access state, and I personally can’t wait to see more.

If you’re still deliberating about whether it’s worth investing in Hammerting, I hope this Hammerting review has restored your faith. 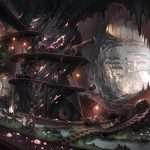 Buy Now
Game title : Hammerting
URL : https://www.team17.com/games/hammerting/
Game description : Explore and build in the mountains of Mara, create the perfect dwarven dungeon, and travel to the surface world to continue your adventure.
Unboxed Reviews
6.6 3.3125 5
Unboxed Reviews Score
You Might Be Interested In
0 FacebookTwitterPinterestEmail