Released in September 2022, Garden Simulator has received some pretty mixed reviews. While no one seems to have found any game-breaking bugs, the general consensus is that the game feels repetitive and gets boring pretty quickly.

As someone with OCD who likes things done a certain way, I was really keen to get stuck into Garden Simulator to see if I would feel the same. I love tending to my own garden, after all, but there are definitely points in real life I think “screw it, I’ll come back to planting those later”.

Getting Started with Garden Simulator

To add a little story to the game, Garden Simulator presents a situation where you need to take care of your Grandpa Bob’s sister’s garden. You’re given a task to own a shovel, watering can, and 4 eggplant seeds. But, to do this, you’ll need to be able to afford them.

Similar in a sense to Arcade Paradise, it’s your job to tidy up the garden and throw any trash into the garbage container. By doing so, you’ll be rewarded with Garden Coins and XP.

Once you’ve got the tools you need, you’ll be able to get started on your first patch of land around the house to start growing some plants!

As the game goes on, you’ll slowly build up XP towards skill points, and expand your access to certain tools to make a real dent in perfecting your garden to your liking.

The tasks are really there to guide you through the “tutorial” so you know what you’re doing. Soon enough, you’ll be out on your own, and it’s then when you can really decide where you want things, invest in decorations, and more.

The whole approach to Garden Simulator is extremely laid back. Some of the tasks, for example, will ask you to deliver an item within 7 days, but if you don’t complete the requirements in the timeframe, you can still reap the rewards. This didn’t bother me too much as I didn’t go into playing Garden Simulator thinking I’d be racing against the clock. However, for some players, this may feel a little pointless. I mean I guess what’s the point in setting a deadline if you still get the rewards when you don’t meet it, right?

For me, the tasks were more like an indication that progress should move on, and really was an easy way to start unlocking more seeds and tools.

Admittedly, there were parts of the game where I would go back into the house (to move on to the next day) too often because I just wanted a task to be completed. For example, when you first start the game, you need to plant and grow 4 eggplant seeds. After sleeping for 3 nights, the eggplant still wasn’t ready to be picked, and there wasn’t much else to do in the game due to the lack of tools, seeds, and Garden Coins.

For the price you pay, I think Garden Simulator is a nice relaxing game that you can hop onto every now and again. However, it’s certainly not a challenging game and not one that feels like you’re being handsomely rewarded for your efforts.

Placing plots and seeds done feels pretty clunky, and some of the task requirements make little sense (at least, some clarification would be nice on what things like “multi-use plants” are.

But ultimately, I don’t think Garden Simulator was ever designed to be a fast-paced challenging game. If you enjoy management-style games but you don’t want the stress of people invading your city, citizens starving, or raiders stealing all of your hard-earned work, then Garden Simulator is a different pace that you might really enjoy. 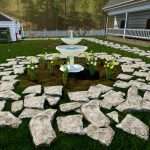 If you're after a relaxing management-style game with a few tasks to overcome, Garden Simulator ticks those boxes. It's not much of a challenge, and it does seem to dry out pretty quickly, but it's a nice change of pace from the usual grind of most video games.