With the Fortnite Chapter 2 release date now being confirmed, players can sigh in relief, knowing the end of the longest season is soon to be over. On top of that, news, leaks and rumors this week are shaping up for a very exciting next chapter in the game.

The next season was meant be starting any day now, but Epic has announced that they will be delaying this to ensure the new physics engine still keeps the core mechanics the same, we will come back to that in a minute.

The new launch date is now February 20th 2020 which feels a long way off, personally as much as I love chapter 2, I have stopped playing for a while, as we’ve kind of got used to fast paced changes in this game now.

You can read more about the release from Epic’s website.

But the short of it is, they’re not giving much away, as you can see from the blanked out text above, so expect there to be much more we’ve not yet heard of coming to Fortnite Chapter 2 Season 2.

Fortnite and the Chaos physics system:

Yes, it is as fun as it sounds, before you ask! The chaos engine causes, well…Chaos!

Chaos is Unreal Engine’s new high-performance physics and destruction system available to preview in Beta form with the 4.23 release. With Chaos Destruction, users can achieve cinematic-quality visuals in real time in scenes with massive-scale levels of destruction and unprecedented artist control over content creation.

You can see from the screenshots of Nvideas chaos video the level of detail on destructions is incredible.

When the Nvidea Chaos physics is added, it’s currently uncertain how this will affect the game, however, with debris falling from explosions, I’m hoping for some new and exciting ways to use this to kill or hurt fellow players. Imagine holding up in a building then a rocket shooting debris down onto your head.

It would seem the rumor train is in full throttle with map rumors, first I saw evidence of the old map still being in the base game files, with people predicting a PUBG blind map rotation on each game.

The most interesting of these new rumors is a ‘leaked’ map that has surfaced showing a destroyed power plant as well as some other major changes to the map.

With the new physics engine coming in I can see how this could be real and personally do believe that it is real.

Slurpy Swamp and Misty Meadows also both look like they have been destroyed or at least affected.

My guess is that we will see a the villans target several major locations on the map for destruction, this would fit in perfectly with the current supervillain theme going on, and what better way to show off a new physics engine other than by blowing tons of stuff up.

To know for certain the fate of Chapter 2’s map we will have to wait until 20th Feb, but after 3 1/2 months of waiting, I can only imagine there are some of the biggest surprises in store yet coming with the Fortnite Chapter 2 Season 2 Release. 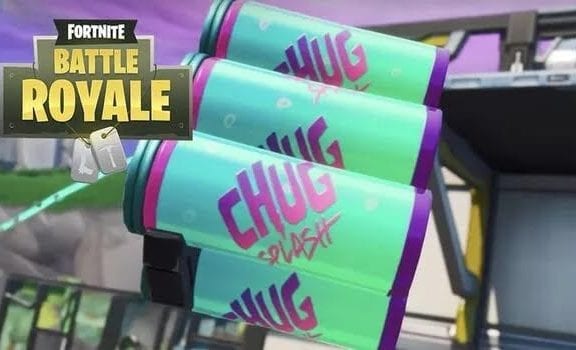