Farthest Frontier is the latest game brought to you by the team behind titles like Grim Dawn. Due to launch on August the 9th, we were able to play the game ahead of release to get an insight into how the game works, what to expect, and whether it’s really more difficult than Banished. Without too many spoilers, I can tell you, that it’s definitely a challenge.

What is Farthest Frontier?

In this strategic, survival-based city builder, you’ll be forging new towns and keeping your community alive (or at least trying to).

Protect and guide your people as you forge a town from untamed wilderness at the edge of the known world. Harvest raw materials, hunt, fish and farm to survive. Produce crafted items to trade, consume, equip and fight with as you battle for your survival against the elements and outside threats.

Of course, like many games of this type, there’s a heavy focus on ensuring your townsfolk stay warm, fed, and can survive the harshest of environments.

There are 14 different raw materials to harvest, including wood, stone, clay, metal, and more. On top of this, there are 17 types of food to hunt, forage, and fish, as well as 10 food crops you can grow.

Much like games such as Stardew Valley, Farthest Frontier’s detailed farming system places you in the driving seat. You’ll need to strategically choose the best crops depending on their growth characteristics, crop rotations, cultivation, and so on.

Grow your town from a meager settlement to a bustling city by constructing 50 different building types through multiple tiers and upgrades.

From (Not So) Humble Beginnings

When you start out in Farthest Frontier, you might be expecting some kind of tutorial to walk you through how to play. Let me put it bluntly; this is a harsh and challenging game, and there is no tutorial. The closest thing you’ll get to any kind of walkthrough is the Farthest Frontier Guide from the developers.

The guide offers some basics to get started with, gameplay, villager settings, and other information. I would definitely recommend having a read-through of this before you start Farthest Frontier, as the small amount of information in there can help you understand what to do and what not to do.

Before starting a new game, you’ll need to choose your map terrain, map seed, and difficulty settings. I tried a couple of games on the Trailblazer setting (medium difficulty) and all my villagers died within the first year. Oops! I knocked the difficulty down to Pioneer while I learned the game’s mechanics, and found this was much more palatable.

Once you’ve chosen a place for your town center, you’ll need to start thinking about housing, resource gathering, food, and water. It all sounds simple, and probably feels like a no-brainer if you’re used to city builders like Kingdoms Reborn, Banished, and Patron. But things are never simple in Farthest Frontier, and that’s what I’ve really come to love about it.

If you’re not careful, you could easily send villagers off to their death by not paying attention to predators, not keeping them warm/fed/watered, or allowing them to contract diseases. Farthest Frontier doesn’t hold your hand, and it doesn’t take any prisoners.

A Challenge That’s Worth It

From afar, Farthest Frontier looks like your classic top-down city builder game. But, once you pay attention to the intricate details (graphics and gameplay-wise), you’ll start to realize how much work has gone into this game to set it apart from similar titles.

Not only do you need to pay attention to the type of resources you’re gathering and stockpiling, but you also need to consider how long perishables like food will last. If you start to stockpile them in the spring, will you have enough to survive the winter?

If you can’t place certain buildings near to your villager’s housing because they are undesirable, will the travel time between their home and place of work cause too many issues?

Do you have enough wells nearby with sufficient water stored in them to be able to put out fires? I’m sure you get my point now. There’s a lot to consider, a lot to learn, but a hell of a lot of fun to be had in Farthest Frontier.

Once you’ve established your base camp and are starting to meet basic needs, it’s time to upgrade your Town Center to tier 2. But, in order to do this, you need to complete some requirements:

When these requirements are met, you’ll be able to upgrade, which unlocks more buildings, food/gathering options, resources, and so on. There’s even the option to build a Wagon shop which uses logs to craft wagons to make it faster and easier to transport goods around your settlement.

You can then check out what you need to upgrade to tier 3. But, the main selling point of a tier 2 Town Center is the ability to upgrade your existing shelters to a Homestead.

Using the icon in the top right hand corner of the screen, you can toggle on/off automatic building upgrades. This means, once the requirements are met, any building will upgrade without you having to intervene.

Considering this is an early access game, Farthest Frontier seems to be in a more complete state than most early access titles. In fact, I wouldn’t had even thought the game was still in development thanks to how refined it is.

I won’t lie, there have been many frustrating moments while playing Farthest Frontier, but that’s not down to gameplay. It’s simply my process of learning how to play the game and understanding it’s not okay to allow all my villagers to succumb to the cold because I’m too busy building decorations rather than heating their homes.

There are very few aspects of Farthest Frontier that I’d change. It would be fantastic to see a multiplayer option, but if this isn’t part of Crate Entertainment’s roadmap, it wouldn’t be a deal breaker for me. If I thought really hard about it, it would be nice to be able to upgrade roads by painting over them, rather than deleting them and replacing them, but again, it’s really just a minor annoyance that wouldn’t change the game for me.

If you’re debating whether to invest in another early access city builder; definitely do it. The challenge is really refreshing and I’m excited to see other player’s creations, seeds, and perhaps some Steam Workshop content in the future. 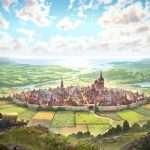