Endzone A World Apart is one of those game where I was expecting a mediocre game at best, I knew little about it, so went in not expecting too much from it.

Within minutes of playing the tutorial I could already see that I was wrong, Enzone A World Apart is not just a mediocre game, it’s quite honestly one of the best RTS games I have played in years.

While Endzone has many of the features you would expect from a classic RTS game, it has so much more depth to it, with so many dangers lurking, from radiation to droughts and sandstorms this post-apocalyptic game is already on its way to becoming one of my favorite city builders and so far I think this has been the most fun to date I have had reviewing one.

One of the things I love about this game is how quickly the environment changes, one minute your survivors are gathering water from a jetty on a lake, the next thing you know drought has kicked in, the lake has dried out, and unless you are prepared, water, supplies, and farms can all be affected.

But as with everything in this game, as long as you are careful, plan ahead, and are smart about prioritizing your tasks, you can weather droughts and sandstorms. But that’s one of the things I love about this game, it’s not easy.

Endzone A World Apart is well, worlds apart from the other games in its genre, all its buildings are so cleverly thought out, there are not tons of them for the sake of having them, each of them has a very good purpose for being in the game.

You have to be smart about where you place buildings too, some of them might upset your survivors if they are put too close to their homes, but at the same time, you also have to make sure they are close enough to required supplies so logistically it makes sense to have placed them where they are.

Naturally, it’s going to be hard to keep everyone happy, but endzone has a way to deal with that too, placing decorations near homes, will help survivors to become happier, in turn, happy survivors are more likely to get it on and produce children.

Children also have a place in Endzone A world Apart too, instead of being a liability, they are used to help with some of the more basic tasks, such as carrying water or supplies, they can also go to schools and advanced schools which will educate them in how they can use their protective equipment, leading to less strain on your supplies later in the game.

One thing that really stood out for me was the tutorial, which was incredibly long and detailed, in fact, it was so detailed that it covered almost all of the buildings and functions the game has to offer.

In some cases, an overly detailed tutorial can be boring, yet with Endzone, it wasn’t just teaching me how to play, I was thoroughly enjoying it, watching my post-apocalyptic settlement being built from the ground up, whilst slowly being introduced to every function and feature the game has to offer.

If you plan on buying Endzone, which you should, it’s an amazing game, don’t make the same mistake I did, I figured I had played tons of these games and went straight into a sandbox map, which was a huge mistake, within a matter of seconds I knew Endzone wasn’t your average run of the mill RTS game and I had no idea what I was doing.

Once you have completed the tutorial, you get the option to continue with the Endzone tutorial map, or dive into the game with a scenario or challenge, I personally suggest continuing on with the map, this will give you a bit more time to get to grips with the game and its mechanics without too much difficulty.

Endzone A World Apart is a title that I will be sure to return to again and again, as games that are challenging without becoming frustrating are in short supply these days.

The soundtrack for Endzone adds both atmosphere and excitement to the game, I’m playing with the Astro A40 with MixAmp and the sound, especially the bass from the soundtrack is incredible.

Policies, such as controlling when your survivors can start families or not, reminded me a little of the edicts from Frost Punk, another great title of this genre.

Endzone A World Apart has taken all of the best bits, from decades of RTS gaming and rolled it into one, enjoyable yet challenging game, worthy of the modest price tag on Steam. Whilst we do get affiliate revenue to fund our site, with Endzone, we don’t need an incentive, just buy it! 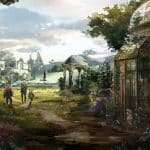 Buy Now
Game title : Endzone A World Apart
Game description : Endzone A World Apart is a post-apocalyptic city builder with an awesome soundtrack. The game takes place 150 years after a terrorist group's plot to destroy nuclear powerplants across the globe, and in doing so trigger a global apocalypse.
Unboxed Reviews
8.5 4.225 5
Unboxed Reviews Score
You Might Be Interested In
0 FacebookTwitterPinterestEmail