Latest News
Ark Desmodus: What Is It And Where To...
When Is Ark’s Fjordur Map Coming Out
Planet Zoo Wetlands Animal Pack DLC
Animal Crossing: New Horizons Bunny Day 2022
ARK: Survival Evolved Eggcellent Adventure 7
Ark Love Evolved 3
The Best Survival Games Coming Out in 2022
Night of the Dead’s January Update Adds New...
What is Nookazon and How Does it Work?
The Best Of the Steam Winter Sale 2021
Reviews > BPM: Bullets Per Minute Review

An FPS with a rocking soundtrack

Since the release of Doom back in 1993, we’ve seen a massive number of games follow a similar design, making the first person shooter genre one of the most popular in the gaming market.

Bullets Per Minute has tried to shake that genre up a little bit, or rock it should I say, by not only adding an awesome rock soundtrack to the game but also having the player play in time to the soundtrack’s beat.

But does the genre need changing? Why change something if it’s not broken and is the developers behind Bullets Per Minute really on to something here?

What Makes BPM: Bullets Per Minute So Different?

Bullets Per Minute forces the players to perform actions in time with the beat, which means you cannot rely on reflex like you could with other FPS games.

Even tasks like reloading, double jumping, and firing your weapon are required to be to the beat of the music, something that admittedly took me a while to get to grips with.

Such high adrenaline FPS games are not unusual, but the way that Bullets Per Minute has managed to combine FPS action with intense metal in a way where the music controls the intensity of the game, as well as the player’s actions, is truly unique.

It is a truly unique experience that takes a steep learning curve, at first I wasn’t fond of BPM, but before I gave up on it, everything suddenly clicked, I made sense of the rhythm and the unique game mechanics, and suddenly what was frustrating had become fun.

Another unique feature of Bullets Per Minute is its setting, which is based on Norse mythology, with the first few stages being set in Asgard.

As someone who loves Norse mythology, it’s always great to see games based on it, although the one area that lets Bullets Per Minute down is its graphics, which unfortunately make the gameplay suffer somewhat.

The game feels like its graphics are somewhat ruined by the overly high contrast that makes it hard to see enemies at times, while this is annoying, you do kind of yet used to it after a while.

Each run generates a completely different map, which keeps things interesting… to be continued.

When I was given BPM: Bullets Per Minute to review, it came with a note, warning just how difficult the game is and how much of a learning curve is involved in playing the game, they weren’t kidding.

At first, I found the difficulty annoying, but I carried on, if not for anything else, then just because of how much I was enjoying the soundtrack.

Before too long, I started noticing that I was managing to make it further and further through the maps, clearing more rooms, collecting more keys and coins, and obtaining new weapons.

You can change the settings and make the audio cues easier to work with, but don’t do that, while dying over and over again might sound annoying, the procedurally generated maps keep it interesting, and before long you will pick up the complex and unique gameplay.

Once you finally get to grips with the game and start enjoying yourself a bit more, you face the next challenge, dealing with more difficult enemies, such as Draugr, and the dying starts again.

Just like the game itself, the bosses and tougher enemies are just a learning curve, one you can overcome and start to enjoy, once you’ve worked out your rhythm.

Unlike similar games, such as Returnal, there are no permanent items, when you die, you lose everything, without the opportunity of ever binding anything to you after death.

BPM: Bullets Per Minute is a challenging game, but one that just needs to be learned before you can start to progress.

The game itself challenges you to forget everything you know about FPS games, as no matter how seasoned you might be, the game is so unique that previous FPS experience isn’t going to help you here.

Once you’ve mastered the game, it immerses you into the game with its stunning soundtrack that of course plays a massive part in the game, and how you play it.

Bullets Per Minute is a truly unique experience, that I feel is going to have a real marmite effect on the gaming community, players are either going to love it or hate it.

But, that being said, with such a unique heavy metal approach to the game, I can see BPM: Bullets Per Minute having a cult following behind it before long. 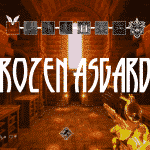